Perky Blonde Delirious Hunter is back on Kink and ready for true punishment. This obedient pain slut may look innocent in her bright flower summer dress, but she is tied up fully restrained in rope bondage and gagged with a ball gag in her wet mouth. Her legs spread wide open with a spreader she is ready for her master. Her handler today is the handsome Stirling Cooper with his deep commanding voice. He knows his pain slut Delirious Hunter will need special attention today. Starting with the riding crop he punishes her thighs and tight ass. Slapping her bright red in the face with his hands. She screams when her pussy is cropped hard on her clit. Her tits take the cane and she screams even louder for more punishment. She is ready to do her best to treat her master. Her nipples are clamped and extremely tormented. Her feet are flogged until she screams mercy at the top of her lungs. 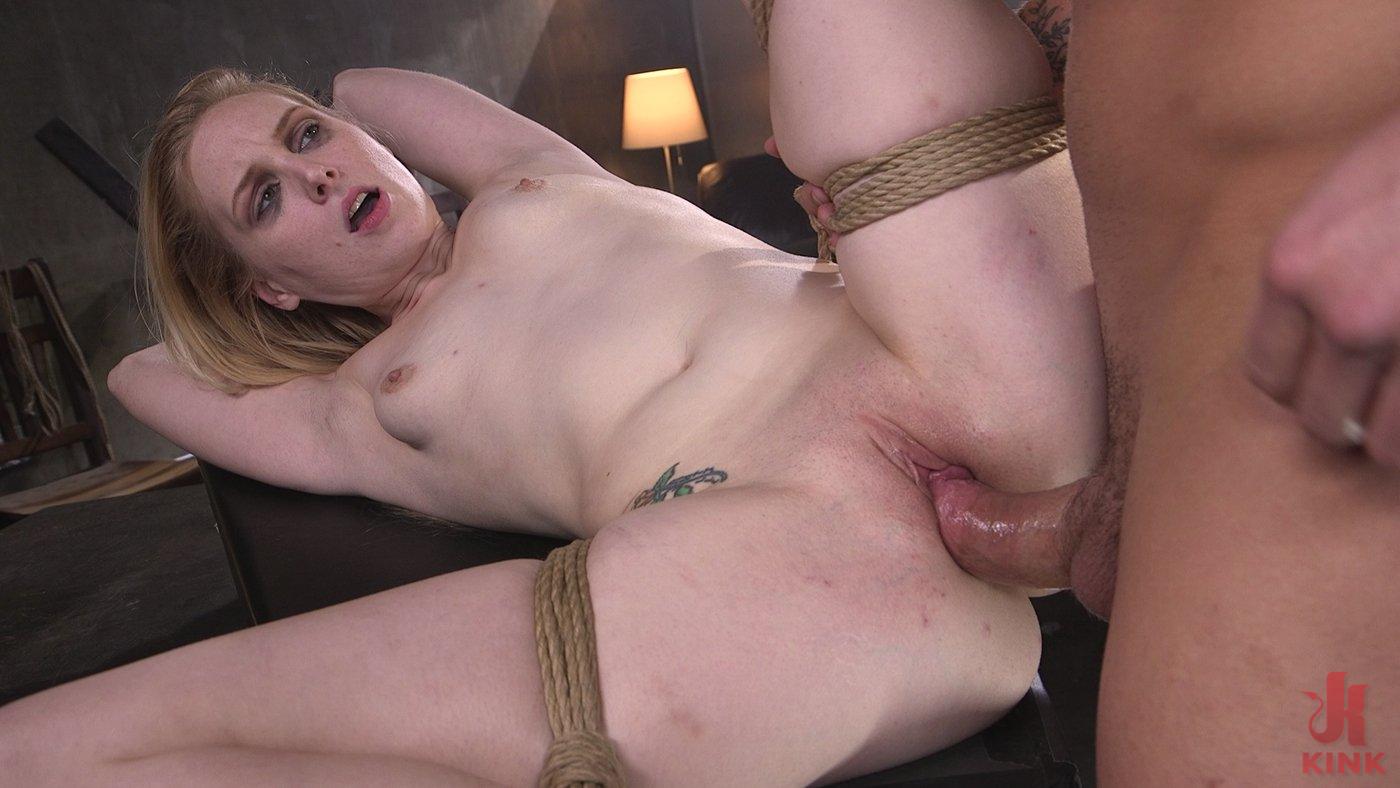 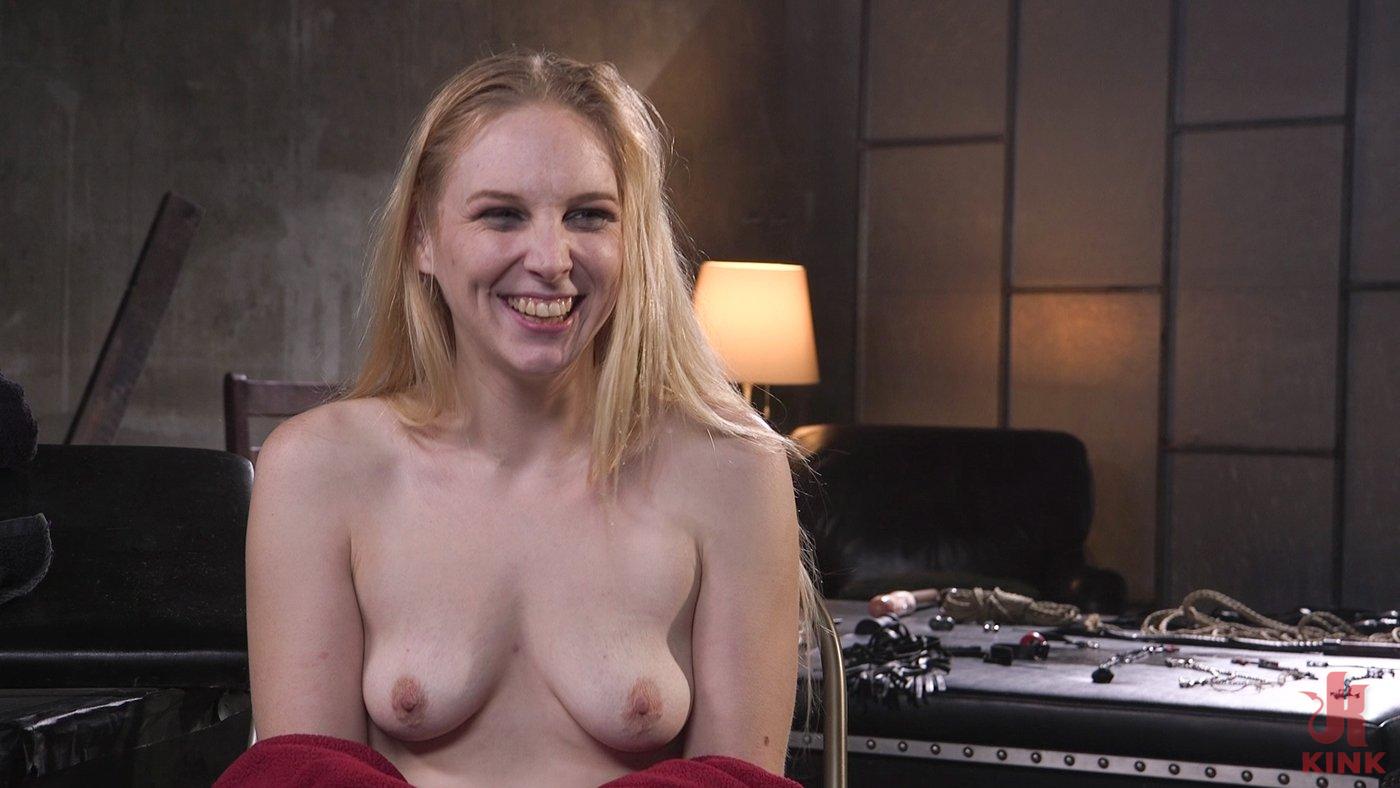 Delirious Hunter Dreams of Being Bound and Gangbanged.

Delirious Hunter crawls naked into bed next to her man, Donny Sins, horny for his big dick. Donny’s just not into it. He has a big meeting in the morning and just wants to get to sleep. The disappointed Delirious lays down next to him and masturbates until she cums. She falls asleep and begins dreaming about five different guys having their way with her while she’s tied up in rope bondage, unable to move. We enter her dream and we see that she’s sitting on the floor, her feet tied to her thighs with rope and her arms tied behind her back. She is immediately surrounded by five guys with five hard dicks, and they all take turns shoving their big cocks in her mouth and down her throat. Next, Delirious gets tied up in a partial suspension with one leg in the air and the other balancing on the floor with both arms tied again behind her back. She gets her pussy fucked by all the guys deep and hard with a mouthful of cock. After that, they lay Delirious on her back, spreading her legs over her head and one by one they shove their fat cocks in and out of her ass. They turn her over and pound her ass in doggy-style while she works her mouth on all of their cocks, keeping them rock hard and ready. After that she gets double-stuffed in reverse cowgirl taking a dick in her ass and her pussy at the same time. They double-penetrate her again in doggie and plug her mouth with their cocks, making her airtight. Finally, they all shoot their loads, covering her face with cum and she rubs it in like lotion with a big smile on her face. She sticks out her tongue and asks for round two.